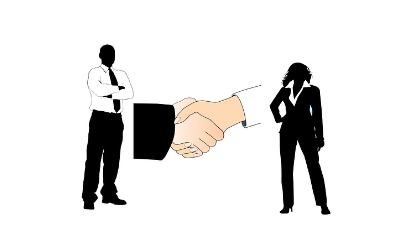 Shareholder capitalism is defined as an approach of corporate governance where the shareholders, the company investors, are the massive and primary focus of corporate governance (Boddy, 2018). It is considered as an economic structure where the major corporate system is the legally independent corporations that collect capital from several shareholders who have limited liability, supplemented by the open market stock to trade their shares freely. The approach has resulted in a current system where the definitive measure of a business’s success and achievement is its degree of maximizing the shareholder value. Thus, it should naturally enhance the company revenues to a broader economy and a great society in which every individual is pursuing their self-interests of maximizing the overall returns. Therefore, the paper scrutinizes the impacts, pros, and cons of this (shareholder capitalism) system of financialized capitalism through investigation of its effects on the social and economic spheres.

The shareholder capitalism approach of corporate governance is mainly practiced in nations whose legal corporate framework follows the tradition of the Anglo-Saxon (Boddy, 2018). Nations such as the United States, United Kingdom, Canada, and Australia have instigated shareholder capitalism within their corporate governance. Therefore, companies in these nations are highly concerned and focused on external investors to these specific companies.

In shareholder capitalism, the system of corporate governance, the stakeholders such as customers, employees, and investors are in constant conflict with one another.  The business is more focused and prioritizes on stock prices, the profitability of the company, and the interest of the shareholders. Therefore, businesses such as Wal-Mart purchase back their corporate stock to endure driving up their stock prices (Boddy, 2018). Often do people claim that shareholder capitalism is based on extensive and profit-driven businesses that would result in the growth and expansion of centers of inexplicable powers which can generate destructive environmental and social impacts.

However, a more detrimental charge is currently being associated with this system of corporate governance. The vastly financialized, shareholder capitalist system is not only failing to offer new investment capitals but is also dynamically undermining the capacity of listed corporations to reinvest their accrued profits. The worldwide stock market is now the mechanism for extracting corporate values from businesses and not injecting them back.

The perspective of reasoning questions is the ultimate effect of these corporate structures and their market equity as they enable investments, inquiring if they are deflating their foundations. Alarms are being elevated from every side, within and without the investment industries, that the key beneficiaries of these financialized capitalisms are the financial intermediaries instead of the wider society or the investors. For example, the Bank of England Chief Economist, Mr. Andy Haldane, has recently argued that the shareholder capitalism system of governance is ‘consuming itself’ (Haldane, 2015). He further concluded that the growth of the world has been subpar due to the insufficient investment of the companies.

The corporate system of governance has been predominated by the necessity to maximize the short-term returns of the shareholder. Consequently, the prevailing financial market environments have become highly intermediated, more complex, and equally short-termism. The shares are increasingly considered as the paper assets for transactions instead of long-term investment business objectives. Hence, this form of business is regarded as zero-sum inclined without any new accrued wealth, leave alone the social value and responsibility developed. For an individual to gain any corporate advantage, another interested stakeholder must lose; the only actual winners have increasingly appeared to be the force of fiscal intermediaries who perpetuate and control the business.

The Haldane's interpretation in conjunction with the Kay Review of 2012 affirmed that short-termism had projected various problems within the United Kingdom's equity markets. The fundamental causes of these problems are a misalignment of inducements and the deterioration of trust throughout the market equity within the investment chain (Silverman & Ingram, 2017).  Also, short-termism incorporates propensity of under-investment, intangibles, or physical assets like employee skills, customer reputation, public relations, and product development (Hirota, 2015). Moreover, it incorporates hyperactive conduct by managers whose corporate approach focuses on mergers, financial re-engineering, restructuring, and purchases at the outflow of advancing the essential operational proficiencies of these businesses.

It is progressively well recognized that the stock market vagaries are the interim barriers for productive long-term investments through various corporations. According to the Kay Review of 2012, the equity markets in the United Kingdom are no more a substantial source of revenue and investment capital for the existing companies (Bromiley, Devaki & Yu, 2017). Instead, they are mainly secondary markets that are more engaged in an exchange of existing securities (increasingly speculative). However, not only are the equity markets failing to propel more capital returns into these companies but are also gradually sucking out the existing capitals in the stock, for instance, through share buybacks and dividends. Moreover, the corporate executives are progressively incentivized to prioritize strategies that can effectively boost the market share price within a short-term period instead of investing in those that can offer enormous value in a long-term period. However, this is not unique to the world, both the United Kingdom and the United States corporate investments are ever low compared to their potential market opportunity.

The low corporate investment is linked with a lack of capital to invest, but instead, various companies are sedentary on a tremendous amount of cash, totaling to approximately $2 trillion in the US, and approximately £500 billion in the UK (Haldane, 2015). The capital is not used for investing in other business. Instead, they are being refunded to the company shareholders or used in acquiring back business shares. For example, the death of BHS that made the ‘owner’ of Philip Green withdraw approximately £500 million from BHS company during his leadership only to later sell the corporation for £1 in 2015 (Silverman & Ingram, 2017). Moreover, his wife, who was legally owning almost all the company shares in their parent firm, received a £400 million payment for dividend which was more than the company's yearly profit in 2005. It has also facilitated exploitative management where the executes only focus on their benefits even if it means leaving the company bankrupt and in huge debts.

Although the company's short-term returns are effectively achieved, the low rates may be easily outweighed due to the enhanced investor incentives since there is the possibility of increased earnings per share (Barton, 2013). In some cases, the short-term pursuit of leveling shareholder earnings has dominated the pay-out behavior regardless of profitability.

However, shareholder capitalism has provided effective manipulation of short-term finances since it is increasingly becoming real innovation and investment. For example, the Apple Inc. in the US has over $200 billion capital held at its offshore accounts, yet has been recently borrowing billions of cash to finance its share purchase backs for boosting the stock price. The servicing system of debt is economical than the system repatriating its offshore capital and paying duty on it.

Social Effects: It Is Resulting in Inequality

These tendencies also benefit in driving trends of growing wealth inequality and income. Firstly, the financial intermediation explosion and the possibility of rent extraction through information asymmetries within shareholder capitalism has facilitated enormous profitability, thus generating a congruently high-top pay (Silverman & Ingram, 2017). However, it is ironic that these finance sectors are conventions where workers seem to have contributed positively than the company investors resulting in an intensification of the top pay within other sectors.

Moreover, there is increasing evidence that tries to align executive pay with the value of the shareholders mainly to serve as a driving mechanism of higher pay (Bromiley, Devaki & Yu, 2017). Thus reinforcing the company’s short-term approach through the explosion of annual stock options and bonuses.

Also, the salary share has relatively been progressively decreasing compared to the profit share ever since its peak was realized in 1976. The United Kingdom has previously performed effectively as an income-led economy, that is, the improved wages have resulted to further economic activities than growths in corporate returns. The company’s pressure to capitalize on its market share price and enhanced financialization has led to the descending pressure on salaries. The consequential profit-led economy has not only failed to enhance economic growth, but also hampered with the general economic development thus worsening inequality. The growing inequality and decrease in wage share have exacerbated financial instability because have taken more debts to purchase their necessities (Silverman & Ingram, 2017). In addition, corporations are gradually adapting credit provisions and additional financial services that are more profitable compared to their primary business of providing services or making products.

In conclusion, shareholder capitalism has resulted in a current structure where the definitive degree of business success and achievement is its degree of maximizing the shareholder value. It has also led to financial intermediation explosion and the possibility of rent extraction through information asymmetries within shareholder capitalism has facilitated enormous profitability thus generating a congruently high-top pay. However, according to Kay Review of 2012, short-termism had projected various problems within the United Kingdom's equity markets. The fundamental causes of these problems are, misalignment of inducements and the deterioration of trust throughout the market equity within the investment chain.

Barton D (2013) The city and Capitalism for the long-term - http://www.mckinsey.com/~/media/ McKinsey%20Offices/United%20Kingdom/PDFs/The_city_and_capitalism_for_the_long_term. Ashx

Boddy, C.R., 2018. Historical champions of shareholder capitalism: were they corporate psychopaths? The case of Albert Dunlap. In BAM2018: The Leading Community for Management Scholars (pp. 1-23).

Our Writing Features
24/7 customer support
You can request our assignment help services anytime, either via phone, email, or chat.
All subject areas
Be it languages, sciences, humanities, arts, or technical subjects; we can provide coursework help.
Money-back guarantee
We stand behind our work. If you’re unhappy with your custom essay, we’ll reimburse you.
Originality
We prepare your paper from scratch. Plus, we use a thorough plagiarism checker to proof your work.
Confidentiality
We provide anonymous assignment help. Identity theft is real, plus your business should remain personal.
Timely delivery
We see deadlines the same way you do. You’ll have your custom essay before the agreed time

Whenever I need someone to write my essay for me, I go to this company. Their papers are always top-notch, and the customer support ever responsive.
Mike Jones, Idaho
Maintaining a work-school-home balance isn’t easy when you’re a programming major with a three-year-old. Kudos on the programming help guys.
Maria Gonzalez, California
It was my first time buying a custom essay from a writing service. Indeed, it’s not going to be my last. Thanks for rescuing me.
Noah Tremblay, New Brunswick
I’m doing a doctoral degree in Marine Biology, and I use Custom Writing Bee occasionally when I’m strapped for time. I’m glad that I can always count on the result.
Jeremy Lin, Hawaii

You can now check for plagiarism online using our free plagiarism detector.

You’ve got unlimited revisions at no extra cost for any paper you order from us.

Get unrestricted access to our custom essay samples in our resource center.

Our editors review your custom essay for any issues before it is submitted to you.

We provide free services for all formatting styles and referencing pages.

Order With Us Today!

We have over 500 expert essay writers, ready and waiting to help you improve your writing skills

Buy Essay Online: Reliable, Fast, &...
Do My Essay For Me

GRADE CONTENT FREELANCE LTD: Custom Writing Bee is a custom essay writing service that provides high-quality original papers. We complete academic projects regardless of the educational level. We also provide other custom-made essay writing services, including research materials, which are solely meant for research purposes. Materials retrieved from our site must be referenced appropriately.